“The Boy in the Striped Pyjamas” is a great film, the events take place during World War II in Germany. It is a very well-known film about the forbidden friendship of these two little boys: one is Jewish and the other one is German. It is a great representation of how things were around this time of war.

The performance of the actors is exceptional, and it is necessary to emphasise the work done by the children. The plot was done to represent how people lived, both German and Jewish; The Jewish were inside the concentration camps while Germans lived with their freedom. This film is brutal, and it has a lot of powerful scenes. This friendship that was formed by accident makes us realize that we are not born hating others. Throughout the film we can feel genuinely sad and sorry for these boys who are separated by an electric fence and cannot play with each other even though they really want to.

This is a spectacular and very emotional film. However, if you are looking for a full representation of what was happening inside the concentration camps, this film may not be for you. It focuses more on the children, specially the German boy, and how it affected his life. Even though this film does not mainly focus on what was going on with the Jewish people, we can still get a good image of how hard reality was for them.

Nothing prepares you for the ending of this story. You will vividly remember the last scenes every time you think about it and even the strongest ones will recoil. This is an extraordinary film worth watching. 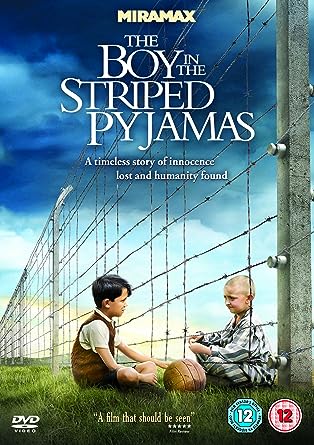