The Imitation Game is set during the 2nd world war, when England was trying figure out what a German machine ( called Enigma ) that gave information about attacks in code format was saying, so that they could prepare for them.

This movie tells the story of a group of cryptanalysts that were chosen to crack the codes from the Enigma, but gives special importance to one of the mathematicians of the group: Alan Turing. Alan was a genius with a strong personality and innovative ideas that weren’t well accepted by the team. The Imitation Game shows all the ups and downs of the process of this mathematician to make the group and the commanding officers of the operation trust and believe in him.

This is a wonderfully executed movie, with an outstanding cast and a very interesting  plot that introduces you to an historical character that isn’t that well known but was crucial in World’s history. It’s astonishing the way this story is told and the way it shows the characters evolving throughout time. One point that makes the movie stand-out even more, is the delightful performance that Benedict Cumberbatch delivers playing Turing’s role. On the not so bright side, in my opinion, they could have made the movie slightly longer to show the afterwards of Turing’s life after all that he had been through.

All in all, I just think that this movie is perfectly well executed, showing us a really interesting character that is going to capture your attention from the first minute. This entertaining and engaging film is by far one of the finest historical films. 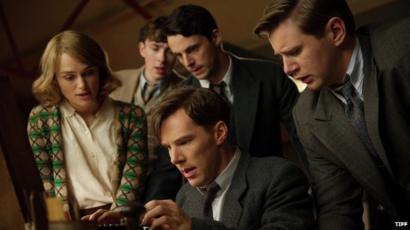