Last summer Bob and Anna went to a campsite in England.They were happy and excited about their holiday. When they arrived at a small village it was sunny and warm.

After seeing the campsite they went to visit the castle. The Castle was very old and big; they say the king lived here for a long time. The castle had  3 rooms, 1 big bedroom for the king and his wife, another bedroom for their children and 1 dining room. There were also old objects like weapons, the kings goblet and the kings crown.

They took a lot of pictures of the castle to show their family. When they left the castle they went to have dinner in the main square.

While they were having dinner the weather changed and the sun disappeared. They felt angry because it was their only day in the village. When they arrived at the campsite it started raining and it was very windy.

They tried to put up the tent but it was too windy and rainy. So, they decided to sleep in the car. And the next day in the morning they decided go home.

Last summer, Bob and Anna were camping in a romantic part of the north of France. When they arrived in a small village, they noted that the sun wasn’t very hot, it was warm.

First they went  to a big castle where kings had been living. They visited  the castle where they took a lot of photos. Later they had dinner in a beautiful restaurant in the main square.

While they were having dinner the weather changed and dark clouds appeared in the sky. After that they went back to the camp-site because it was raining and very windy ( bad weather for camping).

Bob and Anna were trying to put up the tent but they couldn’t because it was too windy. Finally they decided to sleep in the car. 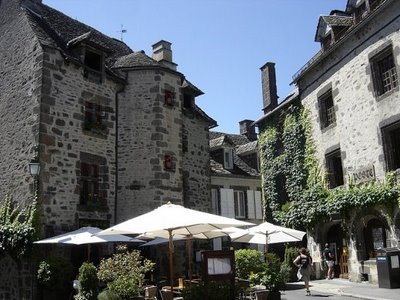 Last summer Bob and Anna went camping in France by car. They arrived in a beautiful village and the sun was very warm. The village was small with a castle, a restaurant, a hotel and a main square with a small shops. They visited the castle and after that they went to have dinner at a restaurant in the main square. When they were having dinner, the weather changed; there were dark clouds in the sky and a storm was starting. When they arrived at the campsite it was raining and windy. They tried to put up the tent but it was very windy and they got very wet. Finally, they decided to sleep in the car. It was a very frustrating end to the day! I get up half past seven. I have a shower. For breakfast I have milk and cereal. I go to IH at ten o’clock. I have lunch at half past one. I play computer games. I have dinner at 8 o’clock.I go to bed at half past eleven. I get up at seven o’clock. I have a shower and get dressed. For breakfast I have milk with cereal. I leave home and go to IH at ten o’clock. I have snack at a quarter past eleven. I have lunch at twenty to two. I play computer games all afternoon. I have dinner at nine o’clock. I play on the computer and watch television. I go to bed sometimes at 1 or 2 o’clock. Alcina was born in Oporto on 16th February. She is a dentist and she studied in Externato Carvalho Araújo. Alcina’s mother name is Conceição and she is her hero. Her favourite food are pizza and meat. She doesn’t like the cinema and she hasn’t got any favourite bands. She hasn’t got any pets. Alcina’s favourite clothes are t-shirts and shorts.

My friend’s name is Carla Sofia Rodrigues and she was born in Braga. She is a marketing consultant. She is married and has two beautiful daughters. She takes a lot of care with her health: she likes salads and fish and plays outdoor sports.

Her ambition is to work on a big company board, so that is the reason she is studying English now.

My friend’s name is Ana Sofia. She was born in Riba d’ Ave and she has one sister. She studied in Didaxis and is not married. Ana Sofia doesn’t have any pets, or favourite bands but she likes love films.  Now she’s unemployed but she would like to get a job abroad, maybe in Denmark.

This is António Inácio, he was born in Ruílhe in 1969. Now, he lives in Tibães, Braga. He is married and has got two children, a boy and a girl. At present, he works in Orfama, a multinational company in Braga, but his ambition is to work abroad. In his free time, he works as a farmer. He has a cat and a dog. He loves typical Portuguese food, but he doesn’t like fish.  He watches a little tv, but he hates soap operas!

My friend’s name is Francisco Silva. He is a telecommunications engineer. He was born in Braga. He studied in Minho University. He likes meat and fish.

His hero is Albert Einstein.

António was born in Ruilhe but now he lives in Mire de Tibães and he is a dyeing technician.  He doesn`t have any hero. Antonio likes any kind of food except fish. His favourite clothes are t-shirt and jeans.

His ambitions is to go to Bangladesh.

This is Leandro Ribeiro, he has born in São Lázaro, Braga. He lives in Sequeira, Braga. He is an accountant. He’s married and he has got two daughters. He studied management and acounting in Fernando Pessoa University in Oporto. His hobbies are playing football with his children and going to the gym. His favourite foods are chicken and codfish. He loves U2 music and his favourite film is “The Cinderella”. His ambition is to speak English fluently.

By António, Carla and Sofia.